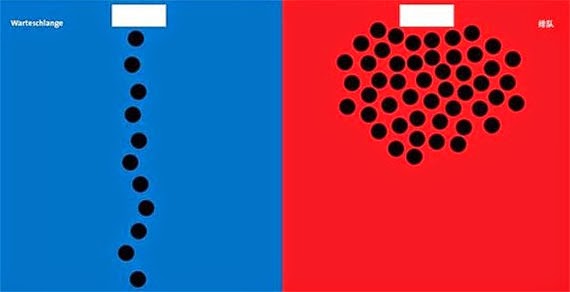 Every year when school starts, I have observed how quickly some classes put up the learner profile attributes, attitudes and concepts on the classroom walls.  Up they go, pat pat pat, on the wall followed by a relieved tick against their “things to do” list. Then the “real” learning begins.
As a tuning-in activity for our unit of inquiry on media, I thought of introducing Yang Liu’s representations of two cultures.  Liu’s use of media to stereotype cultures will naturally generate dichotomy of thought and emotions among many. I felt it was the perfect provocation which would pave the way for deeper, conceptual learning.  The use of symbols would create enough intrigue among the students in order to generate curiosity and hopefully, higher order thinking skills.
The students loved the lesson. Every slide of Yang Liu’s “East Meets West” stirred hearts. We spoke of perspective and bias, racism and the unfairness of over-simplifying communities. They realised the power of symbols, (in this case, dots, lines and simple geometric shapes) to convey messages so powerful as to entice exciting discussions about issues related to everyday life.
After immersing ourselves in Liu’s work, I wanted to see how far the students could use their learning to construct meaning and create learner profile representations using symbols and simple colours.
Take a look at what the students came up with.
As I walked around watching them brainstorm and draft their ideas,  it was encouraging to hear them use words such as “stereotype: and “bias” amongst themselves. 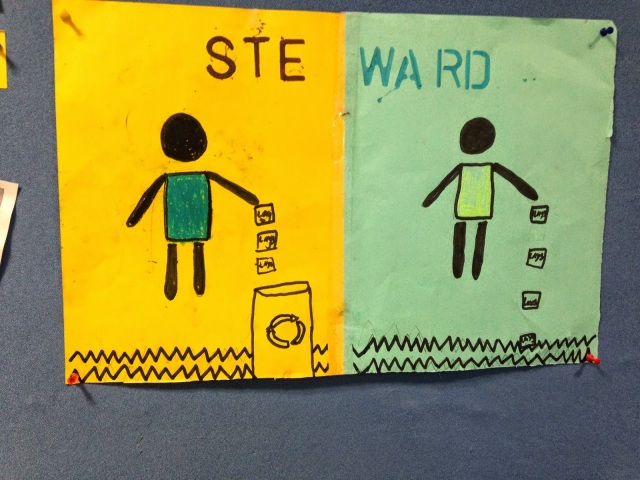 I thought the lesson was very transdisciplinary in nature. Students had to think about colour, patterns and symmetry. They used various skills which involved listening, speaking, sharing resources, editing, and collaborating. One of those exciting lessons which inspired me to blog.

This entry was posted in Uncategorized and tagged Yang Liu. Bookmark the permalink.